A LOOK AHEAD TO THE AREA’S THEATER OPPORTUNITIES

If you’re a fan of the theater, the greater Lynchburg region has a little something for everyone. From high school students to professional actors, we are lucky to live in a community that invests in and supports its performers of all levels. To make it even easier, we’ve compiled our annual Theater Preview Guide to highlight the year’s upcoming local shows.

Community Through Theatre Presents: Curious Incident of the Dog in the Night-Time
“Christopher, 15 years old, stands beside Mrs. Shears’ dead dog. It has been speared with a garden fork, it is seven minutes after midnight and Christopher is under suspicion.”
March 7, March 12-14 at 7:30 p.m.,
March 8 and 15 at 2 p.m. at the Joy & Lynch Christian Warehouse Theatre

Opera on the James Presents: The Barber of Seville
“The story is simple: a handsome young nobleman is in love with an independent-minded young woman, who is kept under constant surveillance by her elderly (and ill-tempered) guardian. Enter the Barber, who, through various ruses—one of which includes a mountain of shaving cream—saves the day.”
March 27 at 7 p.m., March 29 at 2 p.m. at the Historic Academy Theatre

Academy Presents:
Daniel Tiger’s Neighborhood LIVE!
“Daniel Tiger and his family—along with O the Owl, Miss Elaina, Katerina Kittycat, Prince Wednesday, and more familiar friends—will take audiences on an interactive adventure to the Neighborhood of Make-Believe, sharing stories of friendship, helping others and celebrating new experiences.”
April 5 at 2 p.m. and 5:30 p.m. at the Historic Academy Theatre 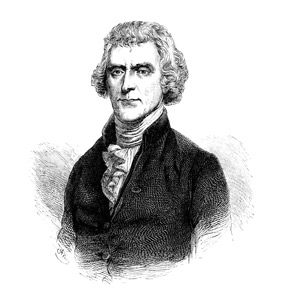 On Golden Pond
“The plot focuses on aging couple Ethel and Norman Thayer, who spend each summer at their home on a lake called Golden Pond. … The play explores the often turbulent relationship [the daughter]shared with her father growing up and the difficulties faced by a couple in the twilight years of a long marriage.”
June 19-21, 23-28 at Thoresen Theatre, Randolph CollegeCollege

Bye Bye Birdie
“Bye Bye Birdie is an American musical about fictional pop sensation Conrad Birdie and his final performance before being drafted to the army.
He promises a song and a kiss to a typical American teenager on the Ed Sullivan Show.”
July 14-19, 21-26 at the Warehouse Theatre, Academy Center of the Arts

The Twelve Dates of Christmas
“Christmas celebrations are just around the corner and Shirley the Partridge has got some problems to solve. The French Hens are arguing, the six geese have flown to Florida for the winter and worst of all… someone has stolen the Five Golden Rings!”
December 17-20, location TBD 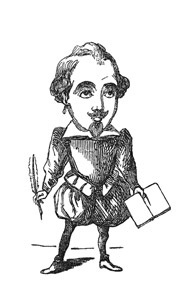 I Hate Hamlet
“TV star Andrew Rally is about to start rehearsals to play Hamlet—and he is terrified. In the midst of his confusion, he is visited by the ghost of legendary actor John Barrymore.” Directed by David Walton.
March 13-15, 20-22

Once Upon a Mattress
“This musical comedy opened off-Broadway in 1959 before moving to Broadway. It was written as an adaptation of the Hans Christian Andersen fairy tale, ‘The Princess and the Pea.’” Directed by Denis F. Deane.
June 5-7, 12-14
*Friday and Saturday night shows begin at 7:30 p.m.; Sunday shows at 2 p.m.

M*A*S*H: The Play
“The staff of a Korean War field hospital use humor and hijinks to keep their sanity in the face of the horror of war. Some of your favorite characters from the TV show are here: Radar O’Reilly, Painless the dentist and, of course, Hawkeye. Join us for the hilarity as they run amok in the 4077 MASH!”
March 1, 5-7 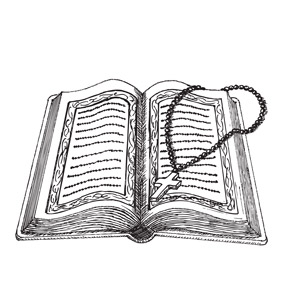 Other Desert Cities
“Brooke Wyeth returns home to celebrate Christmas. She announces that she is about to publish a memoir dredging up a pivotal and tragic event in the family’s history—a wound they don’t want reopened.”
April 24-25 and May 1-3, 7-9

Nana’s Naughty Knickers
“What Bridget saw as a unique opportunity to stay with her favorite Nana in New York for the summer quickly turns into an experience she’ll never forget! Her sweet Grandma is running an illegal boutique from her apartment, selling hand-made naughty knickers to every senior citizen in the five-borough area!”
July 10-11, 17-19, 23-25

Sister Act
“When disco diva Deloris Van Cartier witnesses a murder, she is put in protective custody in a convent! Using her unique disco moves and singing talent to inspire the choir, Deloris breathes new life into the church and community but, in doing so, blows her cover.”
October 2-3, 9-11, 15-17

A Good Old Fashioned Redneck Country Christmas
“Bill, Dave, and Jimmy have had it with their women! Even though it’s Christmas Eve, the boys decide to hightail it into the mountains for a little hunting and a lot of beer. It’s gonna take a Christmas miracle to get these redneck families back together.”
December 4-5, 11-13, 17-19 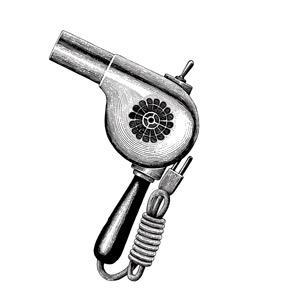 Steel Magnolias
“Picture it: anybody who’s anybody comes to get their hair done here. Winner of Wolfbane’s 2020 Audience Choice poll, get up close and personal with the ladies like never before: no stage, no curtain, just hair… and a little bit of gossip.”
May 7-10, 14-17, 21-24, 28-31 at The Wolf Den indoor venue

Stranger Sings
“Written exclusively for Wolfbane by Cinco Paul, this highly energetic, feel-good parody returns just in time for the holidays! Based on the first season of the hit Netflix show ‘Stranger Things,’ join Chopper and Twelve (see what we did there) as they journey through another dimension with Eggos, Demogorgons, and Madonna.”
December 3-6, 10-13, 17-20 at the Wolf Den indoor venue

Sonic-Con Audio Theatre Convention
“Sonic-Con is an audio theatre convention featuring interactive workshops, industry professionals, and live radio dramas. The convention will be the 20th-22nd, but we’ll have select performances available on the evenings of the 23rd and 24th. Tickets to the public performances sold separately from the convention passes.”
March 23-24 at 7:30 p.m. at Liberty University

The Drowsy Chaperone (Academic Performance)
“Hailed by New York Magazine as ‘The Perfect Broadway Musical,’ The Drowsy Chaperone is a masterful meta-musical, poking fun at all the tropes that characterize the musical theatre genre.”
April 17-18, 21, 23-25 at 7:30 p.m.,
April 18 and 25 at 2 p.m.,
April 26 at 3 p.m. at the Tower Theater 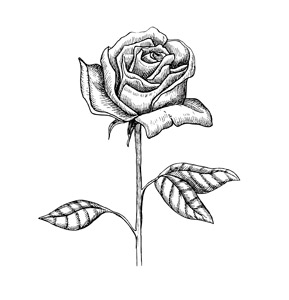 Curtain Call Musical Theatre Cabaret
“Come share a night of heartfelt joy, laughter and of course, singing. With music from Bright Star, Once, Big River and more!”
March 27-28 at 7:30 p.m. at Dillard Theatre

The Mousetrap
“A timeless tale of ‘whodunit,’ Agatha Christie’s The Mousetrap strands seven strangers at Monkswell Manor during a blizzard. But a police sergeant unexpectedly arrives, worried that a murderer-at-large is among the guests of the Manor.” Directed by Stephanie Holladay Earl.
April 9-12, times TBD

Circle Mirror Transformation by Annie Baker
“Sweet Briar Theatre presents the acclaimed play by Annie Baker about how a community acting workshop gradually reveals the hopes, fears, and unresolved conflicts among a random group of people in a small New England town. This play is directed by Sarah Jane Grubb as part of her senior project in Theatre.”
May 8-9 at 7:30 p.m. at Babcock Studio Theater

Disney’s Beauty and the Beast
“The classic story tells of Belle, a young woman in a provincial town, and the Beast, who is really a young prince trapped under the spell of an enchantress! If the Beast can learn to love and be loved, the curse will end and he will be transformed into his former self. But time is running out.”
April 30, May 1-3, May 7-8 at 7 p.m.,
May 9-10 at 3 p.m.

Pride and Prejudice
“Finding a husband is hardly Elizabeth Bennet’s most urgent priority. But with four sisters, an overzealous match-making mother, and a string of unsuitable suitors, it’s difficult to escape the subject.”
April 23-May 2, times TBD 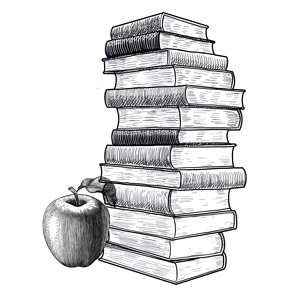 Fame JR.
“Set during the last years of New York City’s celebrated High School for the Performing Arts in the early 1980s, Fame JR. is the bittersweet, but ultimately inspiring, story of a diverse group of students who commit to four years of grueling artistic and academic work.”
May 21-22 at 7 p.m., May 23 at 2 p.m.

In the Heights
“Lin Manuel Miranda’s In the Heights tells the universal story of a vibrant community in New York’s Washington Heights neighborhood—a place where the coffee from the corner bodega is light and sweet, the windows are always open, and the breeze carries the rhythm of three generations of music.”
April 29-30, May 1-3 at 7 p.m.

Roald Dahl’s Matilda, The Musical
“Matilda is a little girl with astonishing wit, intelligence, and psychokinetic powers. She’s unloved by her cruel parents but impresses her schoolteacher, the highly loveable Miss Honey.”
April 3-4 and April 9-11 at 7 p.m.,
April 5 at 3 p.m.