Trending
By LynchburgLiving on July 10, 2018 Inspire, LYNCHBURG BE WELL

After trying everything to lose weight and frequently giving up, a local woman finally found the mental motivation to stick with a plan.

Take us back to your childhood. Did you always struggle with your weight?

I was always a bigger kid but not massively huge. I was really into sports and dance so that helped keep things steady.

How often did you attempt to lose the weight over the years? Which diets or programs did you try?

I tried everything—Atkins, juicing, South Beach, pills… you name it. Ultimately it was Weight Watchers that resonated with me, but I had about five or six “first days” on that as well. 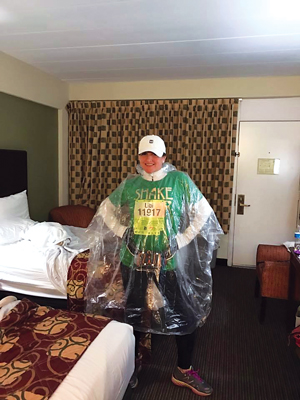 When did you decide to take action… and did it feel different this time?

A couple of years ago, I knew it was a growing problem and that at 35, I needed to do something or else live a life either on medications or no life at all. I was bullied by my former boyfriend about my weight so in December 2015, I decided to join Weight Watchers to please him. But I quickly realized that this needed to be for me and me alone.

You said Weight Watchers was ultimately what worked for you. What drew you to that program?

I chose it for the accountability. I knew stepping on a scale in front of someone would hold me accountable. I also liked the support in meetings from men and women who were going through similar challenges.

Describe how your diet changed from before to after.

I went in full throttle. I ditched alcohol, take out, processed foods, and sugar. I became a pro at meal prepping my foods, keeping in mind a 25/25/50 ratio on my plate (25% carbs, 25% protein and 50% veggies/fruit). I also prepped my snacks so that I always ate a protein and a fruit or vegetable to stay full.

And describe how your activity level changed from before to after.

I was leading a very sedentary lifestyle. I decided that I wanted to get the food under control first before I tried to put the exercise in, so it was a few months of shedding pounds just from eating right before I began to exercise. Then I slowly built up to running and from there I have completed a half marathon and the Virginia 10 Miler. I then began weight training to build muscle.

Did you ever have any setbacks or challenges along the way?

Absolutely! I had gotten too skinny at one point and found it challenging to maintain that. Also, falling in love with someone new (now my fiancé) also contributed to what people describe as “love weight.” I am currently a few more pounds than I’d like to be but have committed to getting back on track and using the tools I have learned to find a good balance. I have a wedding dress to fit into now!

What kinds of changes did you notice in yourself, aside from the numbers on the scale, as the weight came off?

I became incredibly more confident in every aspect of my life. I was able to recognize that I was in a bad relationship and had the confidence to walk away. I also became more outgoing professionally and was able to better present myself in my career.

How long did it take for you to reach your goal weight? 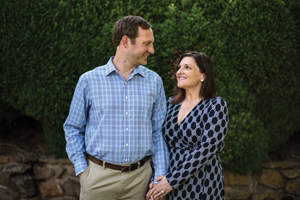 And how long have you maintained it?

Since the end of 2016, I gave into sugar again after attending a bridal expo and eating my weight in cake, so some bad habits crept back in. But this time I was able to recognize it early on and get it back together.

What advice would you give to others who want to lose weight but just feel frustrated?

There is no quick fix and not every diet/lifestyle is for everyone. If you’re doing something that isn’t giving you the results you should reasonably be expecting, then try something else until you find what clicks.