Trending
By Shannon Brennan on September 1, 2019 Coming Right Up 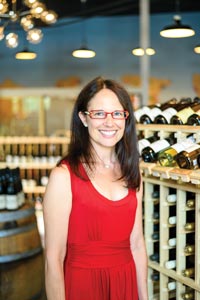 Wine is meant to be enjoyed and shared; that philosophy is central to Tonya Hengerer’s new business. She hopes to help people learn to appreciate wine without concerns that their palates might not be sophisticated enough. “If you like it, that’s all that matters,” she said.

Everyday Sommelier, which opened at 514-B Fifth Street in June, welcomes customers to taste wines and chat in a relaxing atmosphere. While they can’t sell wine to be consumed by the glass or bottle in their store, their ABC license allows for free tastings.

The shop boasts 325 wine labels from 20 countries, including unexpected places like India, Lebanon, and Bolivia. “There are beautiful wines being made all around the world,” Hengerer said.

She speaks glowingly of a sparkling wine from England, for example, that has beaten two French champagnes in blind tastings. Because of climate change, she said, the British can now grow grapes they couldn’t before.

A sommelier is a wine steward, or literally a “butler,” who is trained to be an expert in wine. Tonya and her husband Scott hold the Level III Award in Wine from the Wine and Spirits Education Trust.

“Understanding wine is a ticket to the many cultures around the world — giving access to history, landscapes, language, and cuisine,” Tonya says on their website. “It’s also a study in the art and science of grape growing, vineyard management, and winemaking, and, how each of these things contribute to the style and quality of a wine.” 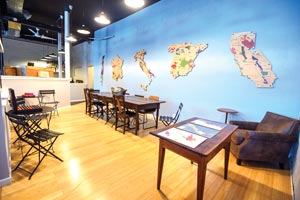 So whether you like sweet or dry wine, you can learn to distinguish qualities of wine, without pretension. “I want to educate people so they can comfortably articulate what they want,” Tonya said. To that end, the Hengerers are offering wine tasting classes on Saturdays, as well as an occasional trip to Tuscany in Italy.

The Hengerers have been wine enthusiasts for 15 years. Scott, who is a financial planner, often has wine-themed dinners for clients. Many of their trips have involved getting to know small vintners in Tuscany, Italy; Napa, California; and Bordeaux, France. All of these experiences primed them for opening their own business.

Tonya says their wines come from small, family vineyards where grapes are grown organically or biodynamically without the additives that large bottlers often use. While some people think they are allergic to sulfites used to preserve wine, Tonya says there are more sulfites in cola than wine. There are other additives that can create an allergic reaction. 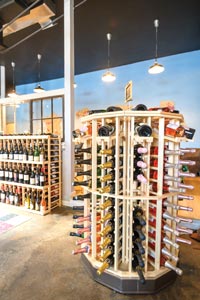 The way a wine tastes begins in the soil. If the grapes aren’t high quality, the wine won’t be either. “Wine making is basically farming,” Tonya said.

Everyday Sommelier also keeps price in mind. Seventy percent of their bottles are $30 and under, Tonya said. A “hidden gems” shelf features wines for $11.

Along with wine, Everyday Sommelier sells artisan foods from Tuscan families the Hengerers have met. They are the only U.S. distributor for these products, which include pasta, truffle oil, and crackers.

They have already received a warm welcome from the community and formed serendipitous connections. One couple found a wine from Lebanon that they hadn’t seen since they went to Lebanon 20 years ago to adopt their son.

The parents of a local man who has become a winemaker in South Africa visited the shop and saw their son’s wine featured. As a result, he was able to do a talk at Everyday Sommelier in August when he was at home for a visit.

While for many, wine makes the world go ’round, it also makes it more neighborly.