Trending
By LynchburgLiving on May 1, 2018 Travel

Four Fabulous Restaurants That Are Worth the Drive

One of the best parts about traveling is often the food—finding a unique, local place to dine out while you are visiting another city.

To continue our celebration of food in this issue, we highlighted four restaurants in four Virginia cities that are worth your time—whether you’re staying for the weekend or just driving through. 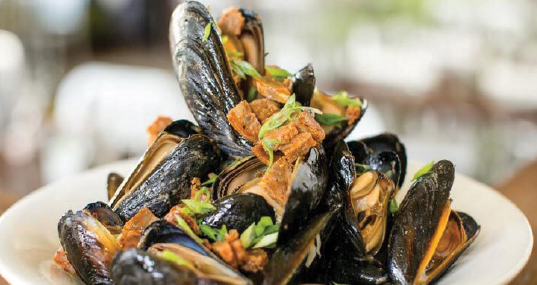 Richmond is one of my favorite cities—a place I used to call home.

Hop off Powhite Parkway and onto Cary Street at the top of Carytown, then head east until you see the green umbrellas just before the famous Byrd Theater. That’s your sign that it’s time to pull over and visit The Daily.

The Story
I’ve known owner Michelle Williams for years and have always admired her vision and tenacity when it comes to opening Richmond restaurants. She owns some of the best, including two locations of The Daily—which has a different feel and focus than her other dining spots.

Michelle and her team wanted a community space that felt like home—a space where one could visit often and choose healthy items from a menu that respects and includes all dietary needs. Also contributing to the vision, Michelle’s partner, Ted Wallof—who lives in Los Angeles—is a plant-based eater. They used his insight as well as knowledge about Michelle’s personal food allergies when opening The Daily.

The Spread
Their menu spans the gamut. Famous are the tacos, Brussels sprouts, and the massive selection of vegetarian, vegan and gluten-free offerings.

Customers trust where the food comes from at The Daily and that it is the highest quality available. Michelle and Ted strongly support the local food industry and farmers and aim to keep prices affordable.

The Scene
“We wanted it to feel organic, clean and modern and somewhat minimalist,” says Michelle when describing the restaurant’s vibe.

You will see moss on the walls, imported from Italy, and petrified trees that came from the desert in California. Everything from the unique lighting to the comfortable seating to the expansive bar makes you want to linger a while, have another round, or invite more friends to join. Part of that is due to the warm staff that has been around since the beginning and who, in large part, are what make up the fabric of The Daily. 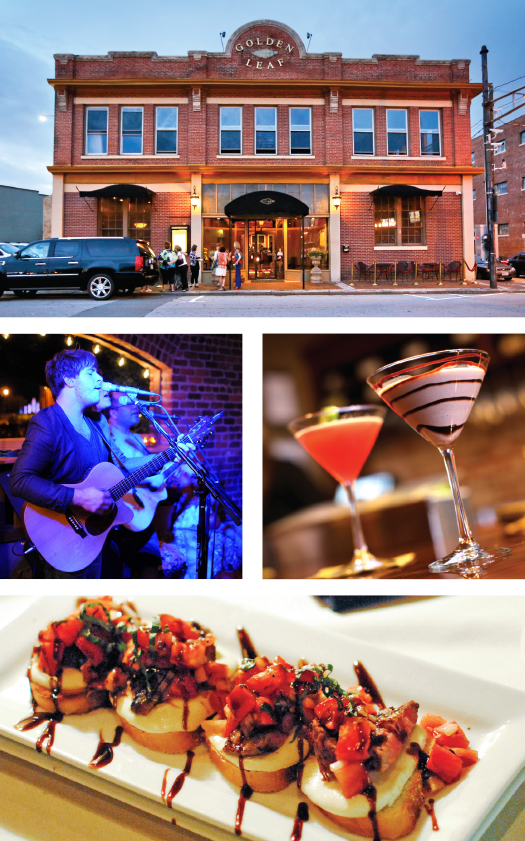 The Story
When husband and wife team Kimberly and William Gentry purchased and began to refurbish the Golden Leaf Tobacco Warehouse more than five years ago, they immediately saw potential. They had the perfect location, a spacious floor plan, and a community longing for an upscale eatery. They knew that with the help of the right team, they could make it work— and make it work they did! This July 17th will mark Golden Leaf Bistro’s fifth anniversary.

The Spread
Chef Alex Smith’s warm pimento cheese served with homemade porkskins is said to be worth the trip to Golden Leaf Bistro. For a true culinary treat, consider the 8oz aged filet mignon with cabernet peppercorn demi or the Angus ribeye—or choose from a variety of regional favorites like Cajun fried catfish, N’awlins chicken and shrimp, or Maryland crab cakes. The menu is refreshed up to four times a year to include seasonal items. Guests can expect this summer’s menu to include a lighter fare, with favorites such as mahi mahi and fried green tomatoes making a return. Best selling dishes such as Shrimp Bang Bang and blackened salmon wraps and seared ahi tuna remain on the menu year-round.

Situated just blocks from Virginia Beach’s famed Boardwalk is one of the city’s most sophisticated eateries whose seasonal, four-course menu boasts skillfully composed dishes embellished with fresh and locally-sourced ingredients.

The Story
The award-winning Terrapin Restaurant was founded in 2006 by third-generation restaurateur and Virginia Beach native, Rodney Einhorn. After preparing countless meals in kitchens as far west as Aspen, Colorado to the famed James Beard House in New York City, Chef Rodney returned home eager to unveil a restaurant that not only showcased his culinary mastery, but also promoted his commitment to keeping food local, fresh and sustainable.

The Spread
Since its conception, Chef Rodney and his team have crafted Terrapin’s beachside cuisine from the highest quality meats, vegetables and other gourmet fixings hand selected from Virginia farms. Although much of Terrapin’s menu changes with the harvest, it is anchored by three, year-round staples including a light and colorful three-beet salad and velvety truffle macaroni and cheese prepared with housemade pasta. The chief entrée features soft, seared scallops garnished with salty sea beans, fennel pollen and truffle sauce perched atop a bed of wild mushrooms and oven roasted tomatoes.

The Scene
While the meticulous food preparation that transpires in the Terrapin kitchen could rival that of even the most distinguished, five-star restaurant, Chef Rodney separates his bistro from the pompous nature of other upscale establishments by cultivating an approachable and hospitable fine dining experience. Terrapin’s main dining area is the perfect balance of trendy and relaxed. Abstract fixtures hang above sleek, black chairs tucked neatly beneath tables finished with reclaimed wood. Divided by the room’s textured panels stands a long, secluded bar top ideal for a casual cocktail. The restaurant also features an outdoor terrace complete with a canopy, ceiling fans and lounge-style seating.
The marriage of Terrapin’s superb spread, refined service and understated ambiance asserts the oceanfront eatery as a must-visit destination during your next coastal getaway. 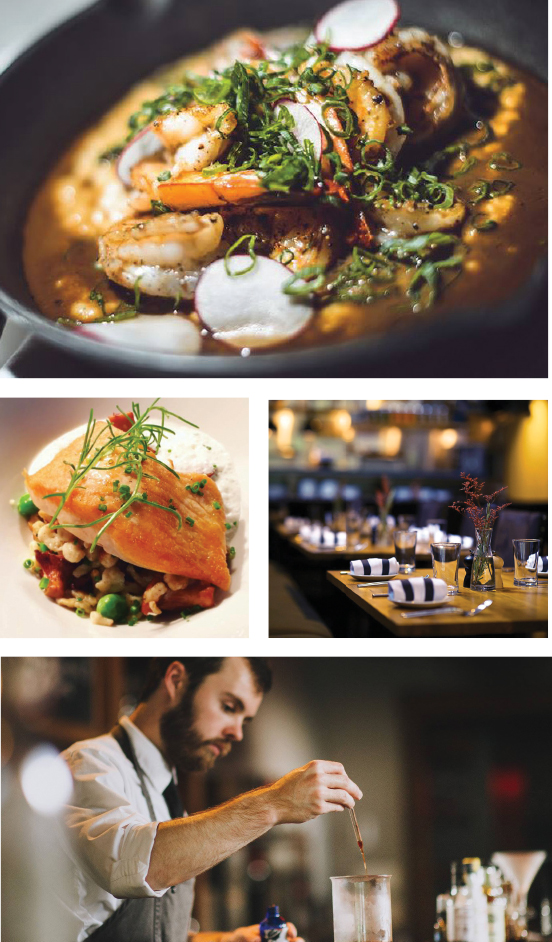 Roanoke may be the quickest getaway for any Lynchburg local. Last year some friends introduced me to The River and Rail Restaurant in South Roanoke. Life has never been the same.

The Story
According to Chef Aaron Deal, the restaurant’s name refers to the once thriving rail industry and how Roanoke used to serve as the headquarters of Norfolk Southern.
“The Roanoke River runs through the area adding another element of commerce and notoriety to the town,” he explains. “The name River and Rail is intended to imply we are a Roanoke restaurant, existing because of these two defining aspects of Roanoke.”

The Spread
When it comes to the food, Chef Aaron enjoys changing the menu significantly four times a year in rhythm with the four seasons. But the menu also changes daily as they regularly source their ingredients from local farmers and artisans.

“We process most of our meat and seafood from whole, pickle, or preserve and we present things with a ‘From Scratch’ approach. This ideally makes everything we present distinctive in flavor,” he says.

Customers rave about the chicken liver mousse, oyster wraps and banana pudding. You will also want to try one of their cocktails. “The bartenders are producing bitters, shrubs and tinctures to use behind the stick,” he says. “They even cut their own ice!”

The Scene
The River and Rail is located in what used to be Lipe’s Pharmacy. To create the ambiance and sophisticated feel, Chef Aaron credits Sean Doherty of Doherty Interior Design for bringing the idea of a “refined, rustic atmosphere to life.”

What adds to the space is a dedicated, eager, and informed staff that operates like a well-oiled machine. When hiring, Chef Aaron likes when someone has an appreciation for food, wine and cocktails but says guest service is always number one.